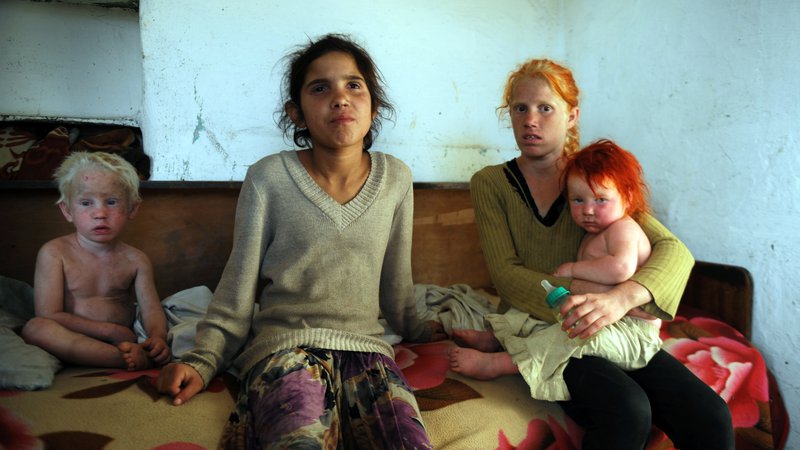 Odpri galerijo
A picture taken on October 24, 2013, shows four of the children of Sasha Ruseva and Atanas Rusev in the Roma district of the central Bulgarian town of Nikolaevo. Bulgarian authorities today questioned a couple thought to be the parents of Maria, a mysterious blonde girl whose discovery in a Greek Roma camp made global headlines. The woman, Sasha Ruseva, was quoted as saying outside the police station in the central town of Gurkovo that desperate poverty had forced her to leave behind a baby in Greece and that Maria looked like she might be hers. "There is a resemblance, but how should I know if she is mine or not?," the thin, dark-complexioned Ruseva told reporters, clutching a small, freckled and pale-skinned child of two or three with dyed red hair. AFP PHOTO / NIKOLAY DOYCHINOV Foto Nikolay Doychinov Afp - International News Agency