Amerika, Slovenija in past analogije 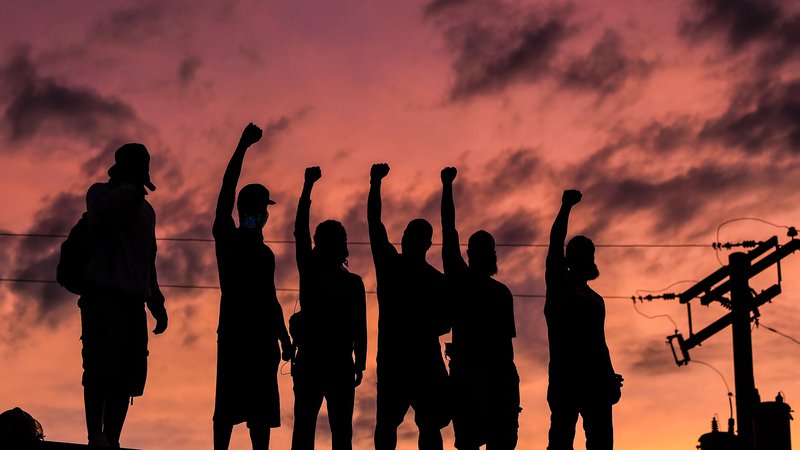 Odpri galerijo
TOPSHOT - People raise their hands and shout slogans as they protest at the makeshift memorial in honour of George Floyd, on June 2, 2020 in Minneapolis, Minnesota. - Thousands of National Guard troops patrolled major US cities after protests over racism and police brutality boiled over into arson and looting, sending shock waves through the country. (Photo by CHANDAN KHANNA / AFP)