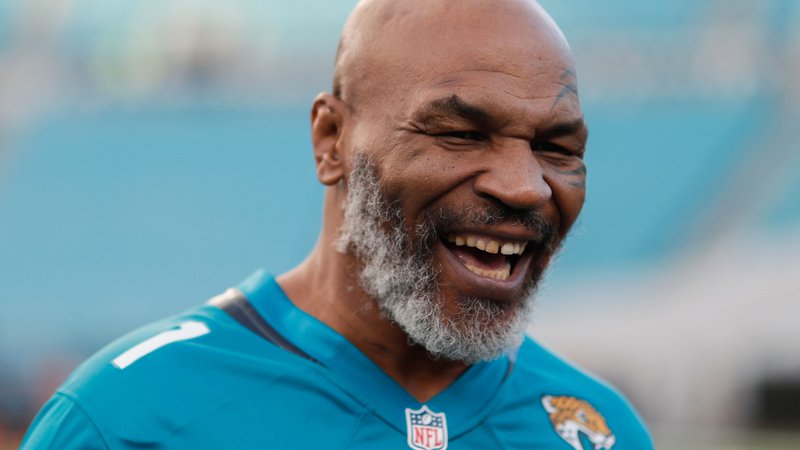 Odpri galerijo
(FILES) In this file photo taken on September 19, 2019, former world heavyweight champion Mike Tyson before the start of the Tennessee Titans at Jacksonville Jaguars in Jacksonville, Florida. - Tyson, who retired in 2005, said on July 23, 2020, he will make a comeback at age 54, fighting Roy Jones Jr. on September 12 in Los Angeles. On his Legends Only League website, Tyson announced the bout against Jones, a 51-year-old fighter who briefly held the heavyweight title and has fought consistently into his 50s. "It's just going to be amazing," Tyson said. (Photo by James Gilbert / GETTY IMAGES NORTH AMERICA / AFP)